Introduction
With January practically finished 2019 is well under way! We now are turning our attention to the new school year starting in April. The new

schedule for 2019/20 is almost finalised and along with a few minor changes of class start times we plan to introduce a number of new classes.


There will be 3 new Kids beginner classes. Two of these are for Elementary school 1st / 2nd, graders. The first class opens in April on

Thursdays 5pm to 5.50pm. This is 60% fill at the time of writing and once this is full (5 students) the second will open on Fridays at 4pm to 4.50pm. The third class is for beginner level elementary school students but who are older (for example 3rd to 5th graders). This class is scheduled for Tuesdays 6.30 to 7.20pm.


For older students especially Junior High School and High School students we are opening a Speaking and Writing focused class beginning in April. This class recognises that speaking and writing skills are not well catered for in Japanese schools and these skills are becoming more and more essential in doing well in Future tests such as TOEIC, GMAT and EIKEN now compulsory at high school level. The class is scheduled for Monday evenings from 8 to 8.50pm.

Consequently for students who are starting J.H.S. in April 2019 we are offering two classes. One is the existing Eiken class on Wednesday evenings which focuses on passing each Eiken grade with the target of Eiken 2 or pre 1 before finishing high school. All of the English skills are required however special attention is given to grammar, vocabulary and exam technique. The other class for J.H.S. (and 6th grade Elementary School or High School Students) is the new Speaking and Writing class described in the previous paragraph. The objective being the development of a well-rounded English skills enabling fluent communication skills for all situations.


Mozi Café Real English is moving towards introducing more and more native student materials into the kids classes especially Elementary school students from their second year of English. A small number of our students are using our home reader programme involving reading at home and listening to an accompanying CD. These students are making great progress and we want to see most of our students doing the same in 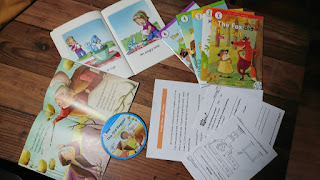 2019/20. We are planning o introduce a voluntary home programme focusing on both reading and writing using ‘native materials’ early in the new school year. This focus means more hours in total dedicated to English with class time centred on speaking and listening.  We are yet to finalise the details of this programme however we will be in a position to give you full details in March.

Finally, some of you may have noticed that we have increased our tuition fees on our Internet site. At this stage this only effects new students who have started in the New Year. For existing students we planned to apply the increase starting June 2019. We were reluctant to do this however it is necessary in order to continue the development of our tuition quality. We believe the increase (about 500 yen/month) still maintains our fees as being very reasonable and we hope and pray for your continued support!!
Posted by Tomo at 18:22 No comments:

November snuck in on us under cover of Halloween and then sped on by before we could get a grip on it. However the Indian summer continued making for a great season for home vegetable growers. Despite a lack of green thumbs we continued to supplement our cooking with ample vegies deep into the month – piman (green pepper) and tsuru murusaki at least. Believe it or not, thanks to Kakuko san, we are still picking fresh basil. Kakuku san gave us an egg container packed fill with basil seedlings back in May. We didn’t want to waste any so any nook and granny around the section was filled with this fantastic herb. Consequently we have had basil coming out of our ears since June. It started first in the warmer spots and it is still continuing to flourish in the cooler ones – see photo taken Nov.25th. 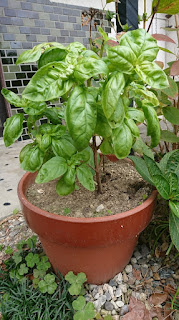 Having such a big supply forced us to use it and we discovered that it goes well with nearly everything, either added as a garnish when serving or cooked along with other dishes. Rosemary is another herb that is great for flavouring and easy to grow. 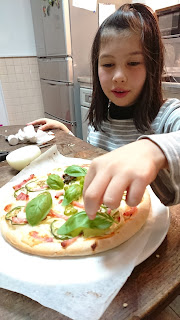 
Fry the rice in a covered pan with a generous amount of olive oil using quite high heat until a crispy brown layer forms. Turnover the rice and add seasoning, basil, any other left overs and put the grated cheese on top. Continue to fry until the cheese is well melted then serve – easy and yummy! Thankyou Kakuko san for our discovery of the flexibility of this delicious herb!!


Mayumi Ono - see her blog at http/Toyota-international.com - uses basil like this: 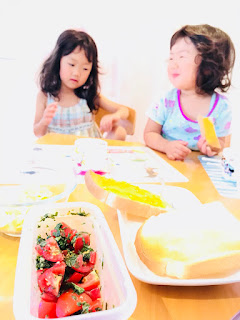 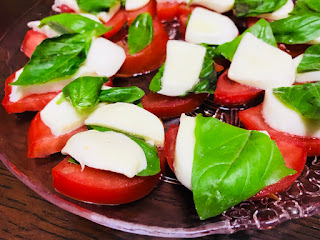 A not so successful gardening experience this year was an attempt to grow a famous New Zealand kiwi fruit variety (Hayward). Kiwifruit requires separate female and male plants with only the female bearing fruit, of course. Three years ago I planted 3 vines which turned out to be 2 males and 1 female rather than the other way around. My communication in Japanese is truly terrible! I must have really confused the poor shop attendant with my gestures and distorted Japanese trying to differentiate between male and female – I am sure it would have made a hilarious Mr Bean episode. We harvested about 20 small fruits last year but this year was shaping to be a bonanza. There was a mass of blossom in the spring and the female vine set a huge number of fruit which needed to be thinned out. I was reluctant to do this and let them all develop. However the stress of the high August temperatures this year and the mass of fruit resulted in the vine dying. This was a big disappointment because of not only the lack of fruit but we have lost an attractive shade giving plant and we are left with 2 lonely, useless, spindly male vines!
Posted by Tomo at 03:41 No comments:

It feels very much like we are going to have an Indian summer! Nice but no let up from the mosquitos even during the hottest days of August. Mozies rule the yard here at Mozi Café so we are well named! 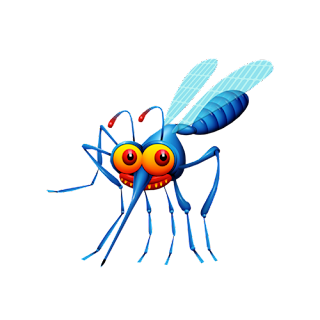 The big English school news is that it is test month for the younger students. We have on going speaking tests every class where students respond and ask questions. The older students have taken this a step further by engaging in mini conversations. 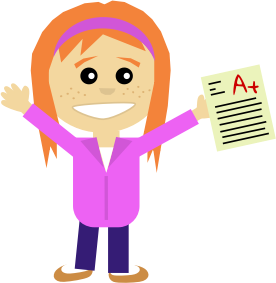 However every 6 months we have a written and listening test to keep students on their toes! We aim to conduct these in a friendly, non- threatening way in order to make them motivating rather than agonizing experiences.
Tests will start on the 18th through to the 24th. We will than finish the month with some fun Halloween activities. 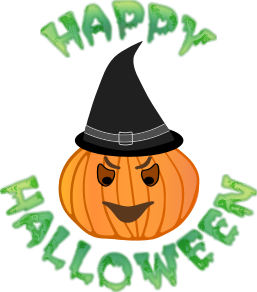 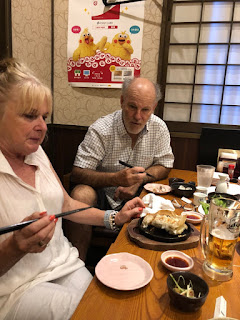 What happened to this year’s September? – other than vanishing like a ‘Bullet’ train into the past. Great! the kids started back at school but then it just rained, rained, rained and still the rain is coming.

We had visitors from Australia, a couple of Australians in their sixties – Rick and Laima. They both have been to Japan a number of times in the past. Laima is very fond of Japanese culture and loves the food. She has a large property in Brisbane and grows avocados alongside her Japanese styled garden complete with bonsai. Rick is suspicious of sashimi but enjoys the tempura and miso katsu!

They enjoyed several of the Mozi Café English classes and amused both adults and kids with their jokes. They spoke fast and used their Australian slang and expressions freely. This made them very difficult to follow at times but provided a great example of the challenge language learners face in the real world. On Tuesday morning N san having just returned from a Brisbane homestay had no problem understanding the rapid and quickly changing conversation. So actually, fluency is possible and only a few steps away even for older learners who are products of the Japanese education system.

Both Rick and Laima were impressed with the children they met in our classes. For example, T kun on Tuesday afternoon asked very clear and well-formed questions as did Y kun and Y chan in a Wednesday class.

They have moved on to Osaka and will spend time in Kyoto before flying to Saporo. Their trip will end with a few nights at the world’s oldest hotel in Yamanashi – Nishiyama Onsen Keiunkan.

If you are still with me congratulations for making it this far. Let’s hope October brings us some nice settled weather! 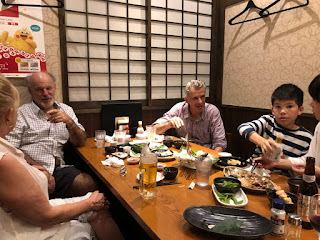 Our students give us many happy and interesting experiences in our classes. We study seriously but we have a lot of fun too!. I want to share these experiences with you on a regular basis and to also give you updates on our progress😊
Posted by Tomo at 00:47 No comments: